The simplest and most cost-effective way to add the management of Visual Stress to your portfolio of services.

BECOME A READEZ TEST CENTRE WITHIN A WEEK

Powerful software to help you diagnose and manage Visual Stress.

THE HEART OF THE READEZ SOLUTION

High-quality acetate A5 overlays in a choice of 12 colours.

HIGH QUALITY OVERLAYS FOR YOUR PATIENTS.

Coloured Overlay with "post-box" design to help your patients track down the page.

OUR MOST POPULAR OVERLAY CHOICE

A GREAT SOLUTION FOR PATIENTS WHO WEAR GLASSES

Software for PCs which allows patients to tint their screen to their preferred colour.

The ReadEZ Sytem is a complete solution for diagnosing and managing Visual Stress.

The system is already in use by more than 400 Optometric Practices in the UK alone and has rapidly become the preferred way for eye-care professionals to add visual stress management to their portfolio of services.

Find out more about our screening software and range of management solutions by clicking on the information circle.

To find out more about Visual Stress, watch the video below for an explanation by Professor Thomson.

What is Visual Stress and why should I choose the ReadEZ system?

What is Visual Stress?

Research has shown that approximately 20% of the population suffers from discomfort when looking at certain regular patterns (including rows of text). In severe cases this can lead to photo-sensitive epilepsy, in other cases migraine, and in others just varying degrees of discomfort. This phenomenon was first recognised by a teacher in New Zealand (Olive Meares) and a pychologist in the US (Helen Irlen) so the condition became known a Irlen syndrome or Meares-Irlen syndrome. However, the more general term of "Visual Stress" is now preferred.

Symptoms typically include "words appearing to move, wobble or flicker", "shadows or colours in the text" or just general "eye strain".  This can result in a reduction in reading speed, reduced fluency or just an aversion to reading.

For reasons that are not well-understood, changing the background colour of the text has been found to reduce or, in some cases, eliminate the symptoms. While some colours seem to be chosen more than others, the colour which minimises the symptoms seems to differ between patients.

The condition can be managed by using coloured overlays (sheets of coloured overlays which are placed over the reading material) or coloured lenses. If a patient uses a PC, our ReadEZ Virtual Overlay software can be used to tint their screen.

The ReadEZ system provides a modern and cost-effective way for Opometrists, Orthoptists and other eye-care and educational professionals to add the management of visual stress to their portfolio of services.

The ReadEZ system is based around PC software which follows a standardised protocol to diagnose Visual Stress and determine which colour is optimum for an overlay or lenses.

The ReadEZ Virtual Overlay allows users to tint their PC screen to their preferred colour.

When you purchase the ReadEZ Starter Kit, we install the screening software on your PC and provide an on-line training session.  We then list your practice on the public-facing ReadEZ web site which enjoy hundreds of visitors each day. 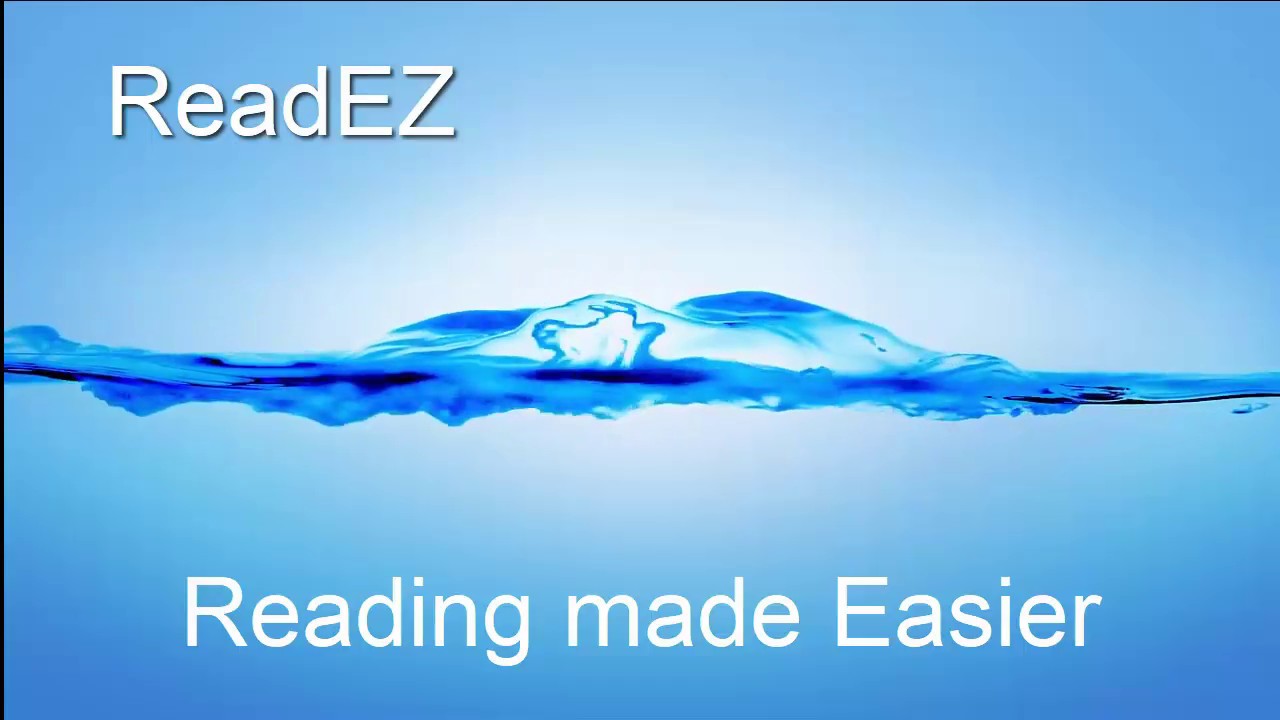 The ReadEZ system has been a fantastic practice builder. We advertised the service to local schools and within a short period of time we were inundated by parents wanting their children to be tested. Many of these parents how now become our patients too.

I have used another system elsewhere and found the testing to be cumbersome and the tinted lenses incredibly expensive.  ReadEZ is quick and accurate and the lenses and overlays are great value for money.

The ReadEZ software is slick and easy to use.  Testing for Visual Stress has become an important part of what we do in our practice.

Please do not believe the negative reports about Visual Stress.  If you start testing for this condition in practice you will very soon become convinced that colour can make a huge difference for some patients.  No good-quality evidence does not mean that there is no effect - it just means that nobody has got the funding yet to do the large Randomised Controlled Study!